The pandemic slowed down but didn't slow down developers' plans in the retail segment. One of the reasons is the arrival of new brands on the domestic market. Last year, which was significantly affected in retail by restrictions related to Covid-19, 25 brands were added, mostly in the field of fashion and fashion accessories. In contrast, several other major tenants reported a reduction in areas or even bankruptcy.

"Due to the conditions of state support and the associated tactics and strategies, the real condition of many retail players, including gastronomy, will probably be reflected in the first half of the year," says Markéta Křížová from the investment department of BNP Paribas Real Estate. in Czech republic.

Despite the caution, future expected consumer demand, along with confidence in the stability of the retail market, has prompted several developers to pursue ambitious plans for larger retail projects. The construction boom is recorded mainly by retail parks in the vicinity of smaller regional cities. The fact of the e-commerce boom does not change anything. With last year's CZK 196 billion, sales increased by 26% year-on-year.

Traditionally, almost half of development projects are concentrated in the metropolis and its surroundings. In the spring of 2021, two important projects are expected to be completed: the Bořislavka Centrum office and shopping center in Prague 6 (10,100 m2) and the Spektrum Čestlice retail project (6,600 m2). According to the plan, the complete reconstruction and expansion of OC Řepy in Prague 6 (14,500 m2) are in progress, completion is planned for the turn of May and June 2021.

The expansion of the Zličín Metropolis was then postponed. The pandemic also postponed the opening of the expected Primark concept in the completed building The Flow Building on Wenceslas Square, the exact date of the opening has not yet been determined. 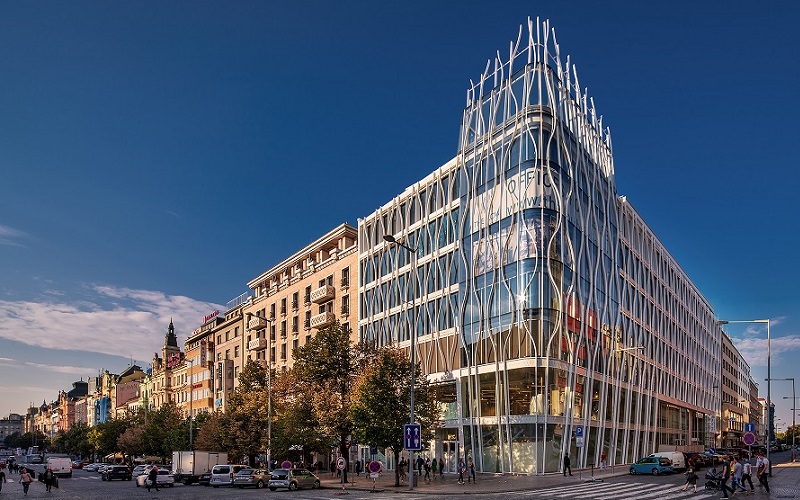 One of the most anticipated projects this year is the start of the construction of the multifunctional Savarin project in the center of Prague with 35,000 m2 of leasable space. In the first phase, the historic palace in Na Příkopě Street will be reconstructed.

"This is an extensive plan, but Prague has not reached such a saturation in retail as Hradec Králové or Olomouc. However, it is certain that Savarin will have to respond to changes in customer behavior and attendance at the center," says Kamila Breen, head of BNP Paribas Real Estate's consulting and market research department, with reference to the closure of some units in Prague's main shopping streets.

While in Prague there are currently about 850 m2 of retail space per 1000 inhabitants, in Olomouc it is over 1500 m2. In Hradec Králové, where, among other things, the OC Atrium and the neighboring Tesco building were connected, the saturation is even higher. According to consultants from BNP Paribas Real Estate, due to the saturation of the shopping center market and the impact of the pandemic, we will observe a decrease in the performance of some centers and the growth of unoccupied units.

The retail market in Brno is undergoing dynamic development. The modernization of the Avion shopping park was suspended, and the expansion of the Královo Pole Shopping Center was postponed. On the contrary, in a short time, the reconstruction of OC Futurum will be completed, which has expanded its area by 3,000 m2.

Two significant announced projects are located in regional cities. The Fabrika Zlín complex with 27,400 m2 of shopping areas will be built in the former part of the Baťa complex in Zlín. In the second half of this year, in parallel with the retail part, the construction of sports grounds and other leisure activities is to begin. In Pardubice, on the premises of the former brewery, the developer Redstone plans to start construction of the Galerie Pardubice shopping center very soon. In addition to shops and services, the complex will also have a hotel and restaurant. The center will offer 50,000 m2 of leasable area. 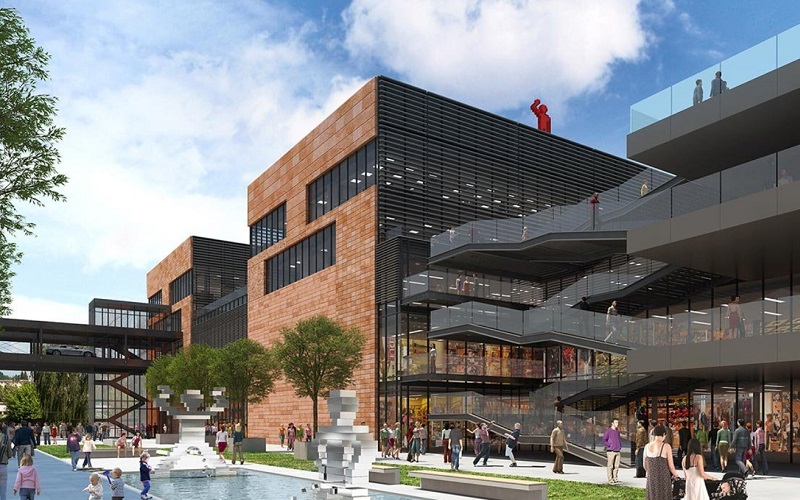 The development in the sub-segment of retail parks is also active. Already last year, the Retail Park Choceň (5,010 m2) was completed, as well as the first phase of the Retail Park Ovčáry (6,800 m2). The largest projects include Aventin Jihlava with key tenant Lidl. The developer also announced completely new chains coming to the Czech market. It will offer a total of 38,000 m2, the first stage will open this spring.

Rents fell in Prague not only in shopping malls but also on the so-called high streets, in some cases in double digits. In addition to delays, the impacts of Covid-19 may be reflected in the utilization of centers, where the vacancy rate may increase. Owners and developers are trying to prevent this with lower rents and more flexible conditions - for example, contracts for a shorter period or the greater importance of the so-called turnover rent.

"The uncertainty associated with the further development of retail is reflected in revenue growth. Investor interest is declining with risk, although the decline in prices has not yet been reflected in the market due to the lack of transactions. The assumption for this year does not yet indicate that this trend will change significantly," concludes Markéta Křížová, according to which the yield at shopping centers will undergo a significant change in the coming years.

Real estate investors are looking for opportunities in the regions

Weber-Stephen has leased premises in The Flow Building

The Flow Building receives BREEAM accreditation at the "Outstanding" level

CBRE: How is the Czech commercial real estate market changing and what are its prospects?

The construction of Rohan City is a reality. Sekyra Group lays the foundation stone

Hybrid working is staying with us