The Svoboda & Williams real estate agency arranged the lease of 480 m2 of office space in a completely revitalized, originally conceived building in Prague's Nusle, which in the 20th century served as a renowned sausage maker Augustin Sebek. The rugged building located in the courtyard has since September housed an important ticketing company Six Dots Entertainment Group.

The Czech company Six Dots Entertainment Group is a leader in the field of ticketing business - it includes the brands Ticketstream , Ticketon , Bohemia Ticket and I nformuji.cz . The founder of Six Dots Entertainment Group Viktor Mastnik was looking for space for his new headquarters that would be beyond the usual idea of ​​offices - and just revitalized building of the former sausage factory in Nusle, which has been changing rapidly in recent years, proved ideal.

“For me, the inspiring work environment is one of the most important things in business. When I first saw these sensitively renovated premises and got acquainted with the history of the building and also with the architect Patrik Hoffman, the first good decision was made, ” says the new tenant of the building. “Mr. Mastník impressed the building not only with its convenient location in Prague 4, which it preferred to other administrative locations, but also with its atmosphere and a truly original concept. The cooperation has been running smoothly since the beginning, ” adds Karin Konrádová of Svoboda & Williams to the transaction . 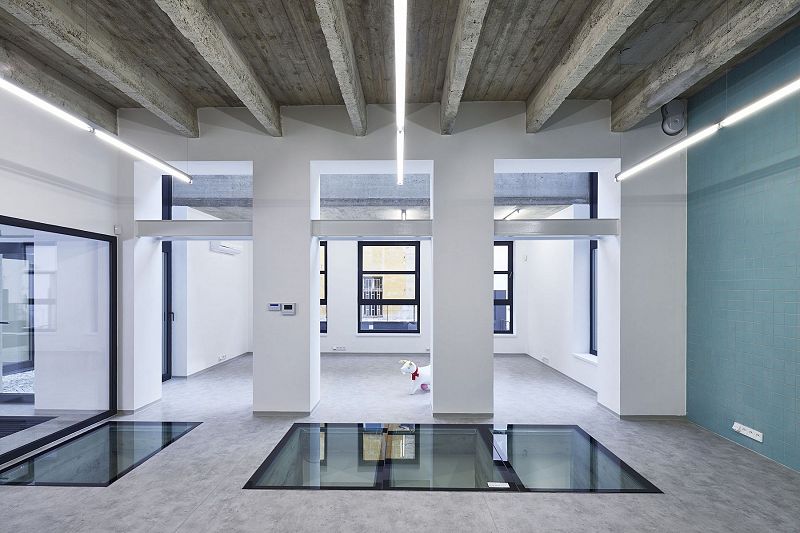 Renowned architect Patrik Hoffman interconnected industrial genius loci with modern architecture. The combination of concrete, glass, metal, blue-colored tiles and the unique play of light and shadow created by new window openings and skylights. The dominant feature underlining the factory character of the entire building is the original 20-meter chimney - and his space Hoffman used and transformed it into an original smoking room . Thanks to a carefully revitalized building, the four-storey building has retained its authenticity and spirit. Its peculiar appearance will remind us of the times in which the then smoked meat empire was an important place in the Nusle region.

CA IMMO rented another 1,400 m2 in the Missouri Park office building in Karlin

Traditional offices will replace the smart ones, they work anytime and anywhere