The answer to climate change? More green and compact cities

Desiccation and overheating of cities are among the most serious problems of today. How to respond to them? In many ways, it is sufficient to change thinking and to introduce primarily technically and economically less demanding measures. We must re-learn what our ancestors already knew, but with current technology: using water, earth, sun and air to our advantage.

A lot of space opens up in urban planning, urban planning and building architecture. These nowadays often function as radiators in an overheated city. But it does not have to be - new energy-saving parts of the city can bring a pleasant environment and coolness without ruining investors.

It is important to keep in mind that open landscape is not unnecessarily stopped and public areas are used efficiently. After all, 10 hectares of land are stopped every day in the Czech Republic . “On the road between detached family villas you need the same amount of asphalt as on the road between terraced houses and larger residential buildings. And conversely. So if you are building larger apartment buildings, then you will save a lot on the same number of people on the streets of the sun-drenched and non-waterlogging streets, ” says Pavel Hnilička, urban planner, architect and member of the Association for Architecture and Development (SAR) .

Prague has already declared that it wants to stop brownfields in the urban area, which is the only way to prevent further suburbanization. However, two decades of construction closures have been stuck in giant transformation areas such as Bubny or Zizkov, and changes to the land use plan for former factory and warehouse areas have been stuck in the previous election period. Positive is that the current city management is trying to catch up with this debt.

When planning new neighborhoods, it should be borne in mind that densely built-up areas and, where appropriate, high-rise areas on public transport areas, in addition to saving space, also result in lower public expenditure on services, less individual transport and thus CO 2 . Public spaces are the space where trees have to be planted and water features built to cool the air . Around the world, appealing green architecture is applauded with trees embedded in buildings, but a tree on the street or in the square is the most natural and best air conditioning unit. 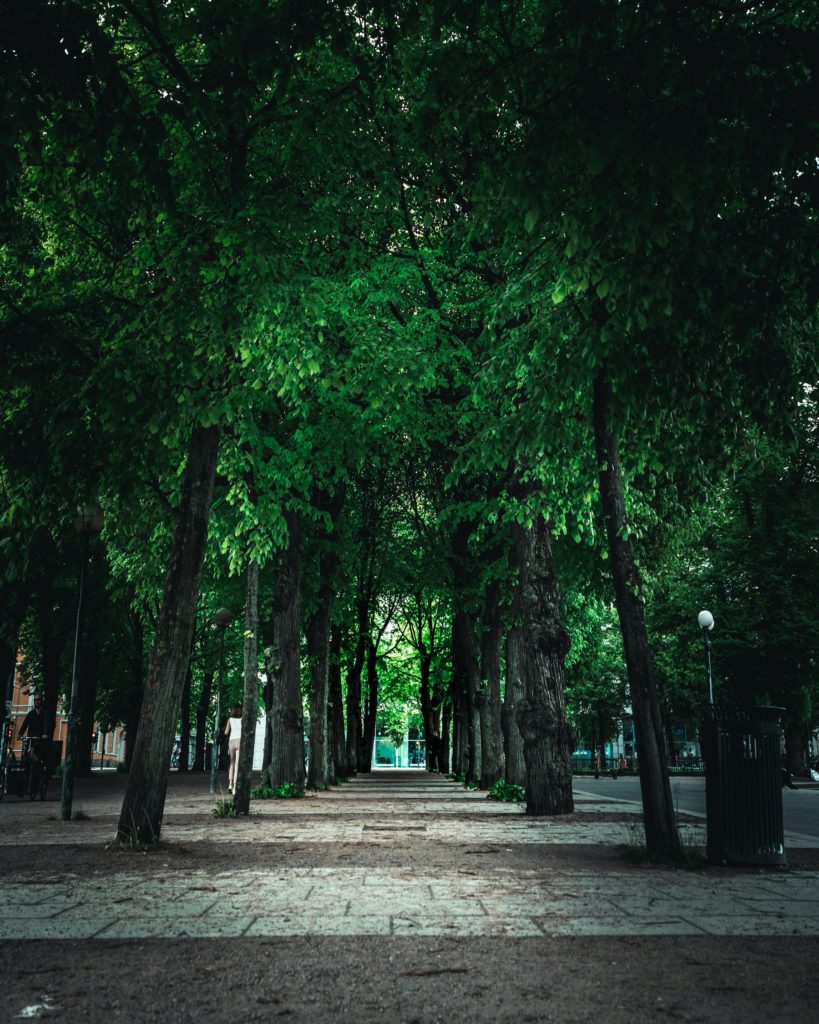 For example, plane tree can evaporate about 150 to 200 liters of water per day. And water is the basis of the natural cooling of cities. The evaporation of water cools the air. Cities and investors must therefore build water features and strive to prevent rainwater from flowing into the sewage system through seepage bodies, retention and storage tanks.

Roofs of houses are also a place for greenery. Planted roofs can protect flats from heat in the summer and cool in winter, cool and humidify the air around apartment buildings, absorb dust or reduce noise. At the same time, one square meter of green façade or roof can hold up to 38 liters of water and the temperature difference between the tin and green roof is 40 degrees Celsius .

Especially in the case of extensive (maintenance-free) roofs, this is not a costly or operationally expensive measure and it is usually not necessary to force developers to use it. Therefore, the idea of ​​incorporating green roofs as a requirement in the Prague Building Regulations (PSP) is not ideal . “PSPs redefined previously non-existent requirements for alleys and planting strips. This is their main task. The level of greenery on building plots in Prague is determined by the current zoning plan. That is enough, ” says Hnilička, one of the authors of PSP . In addition, if it is said in general that roofs are to be green, then the first to hear that it is not possible will be monument care.

“In the spring in front of the office we greened the roof of the garage, in three weeks it was a fantastic flowering green meadow. Such a measure is available and works, there should be no problem for such roofs to be mass-produced. But I am not a friend of subsidies or regulation, I think that the principle of 'if you do it, you have here and there an advantage if you don't have to do this'. In Washington, for example, there are no fences in residential areas, because the house tax is paid only on the area of ​​the house, if you have a fence, and on the whole plot. It would like to think about it, ” says architect Jakub Cigler . In an interview, which is available at www.arch-rozvoj.cz, explains that green roofs are just the beginning, the city will not save, and construction has a huge investment and innovation debt in how to respond to climate change.

Water must be retained

Recently, green facades have also become a topic. Meanwhile, their construction, investment and maintenance requirements hinder their mass expansion. This may be a problem, for example, for apartment buildings, where dozens of apartment owners have to agree on the management of common areas.

Even in the Czech Republic, however, there are already projects in which investors cooperate with researchers from universities and try to find solutions that would be commercially sustainable and as self-service as possible. Zdeněk Fránek, an architect and a member of SAR, collaborates on one such project . In Slavkov he designed a "living" office and industrial building for Liko-S, which uses rainwater and treated wastewater to retain green roofs and facades. “The cold radiating from such a facade is amazing. On the contrary, the glass is 50 degrees or more. And the feeling of the fragrant water evaporating from it, surprisingly, flows through the root treatment plant from the social rooms and from the kitchen perfectly cleaned ... Like a meadow in a standing position, ” says Fránek .

Prague is also looking for a solution

Following the example of Western cities, Prague has also assumed responsibility for environmental and climate change. Shortly before the summer holidays, the city's representatives made an ambitious commitment that Prague would reduce carbon dioxide emissions by 45 percent by 2030, and by 2050 the metropolis should be carbon-free . How this is achieved is not yet clear. There is talk of building a biogas plant, introducing a toll in the city center, taking green electricity, promoting electromobility. The city wants to manage rainwater and wastewater more gently, to support green roofs or to plant trees.

However, it should be noted that many of the measures discussed in the context of climate protection can make construction very expensive. Prague is fighting climate change, but at the same time it is burdened by the housing crisis, which it urgently needs to address with respect to its inhabitants. The city must therefore clarify priorities in relation to new housing construction. On the positive side, they talk about incentive tools and proposing measures to support construction rather than considering restrictions or introducing new obligations.