Prague is becoming the European metropolis of coworking

August 11, 2019
Coworkings and flexible serviced offices are moving the office property market and rank among the major trends of the present. Among the most economically active group of inhabitants is already millennium, ie. people born between 1974 and 2004. This generation increasingly favors the individual approach, quality service and networking found in coworking centers. They grow throughout the Czech Republic like mushrooms after rain.

And it continues to rise steeply: according to developments in the first half of 2019, when over 13,000 m2 were leased for coworking and other premises are in the final stages of negotiations, the share of coworking offices in the total volume of newly leased office space can be expected to humiliate this year 15%. With more than 30 centers, Prague is now one of the European coworking cities. 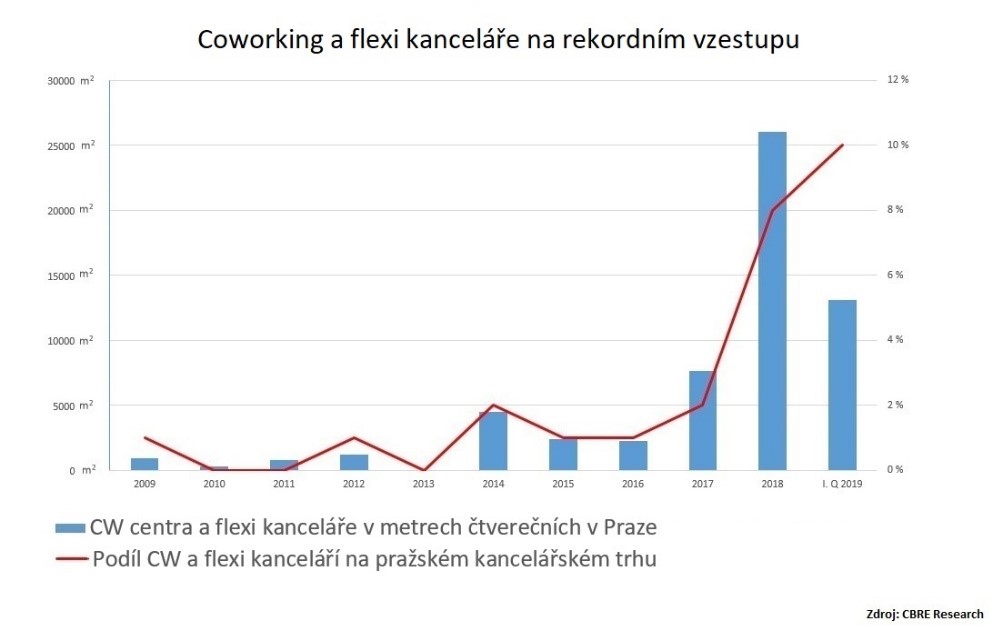 Coworking centers have been established in the Czech Republic since 2009. They thrive especially in larger cities, where more and more independent professionals use them. “Our survey reveals four main reasons for companies to choose coworking: managing short-term demand increases (48%), reducing costs (43%), testing alternative workspaces (39%), and trying to attract new talents (28%). The latter reason is becoming increasingly important with regard to the millennium generation's access to work and the long-term low unemployment rate. Over the past twelve months, its importance has grown by ten percentage points, ”says Lenka Hrudíková, CBRE's Coworking and Flexible Office Specialist.

And what motivation for freelancers are looking for coworking? They have their own work environment that allows them to concentrate, while not suffering from a sense of isolation like at home. Last but not least, they can establish completely new contacts and further develop their business.

Coworking center operators and flexible service offices are responding to the growing number of independent professionals looking for inspiration outside the classic office, and the market is on the rise. “The popularity of flexible offices is increasing every year. This trend is confirmed by our annual Global Workspace Survey. The way we work has changed. The survey states that more than half of people work remotely at least 2.5 days a week, ” says Karel Pelán, Country Manager of the International Workplace Group (IWG), which operates the Regus and Spaces flexi network, adding :“ 85% of respondents the survey said their work productivity increased when they allowed employees to work flexibly. ”

It is interesting that the Prague market with coworking centers and serviced offices is quite balanced and does not have only one leader. In terms of the size of premises that operators rent and continue to offer to their members, there are three companies at the imaginary peak. However, they are only one percent apart: IWG has a 25% market share with Spaces and a 17% market share with Regus, and New Work 14%. They are closely followed by Scott & Weber, WeWork, HubHub Czech Republic, BusinessLink, which hold a market share of between 8 and 12%. 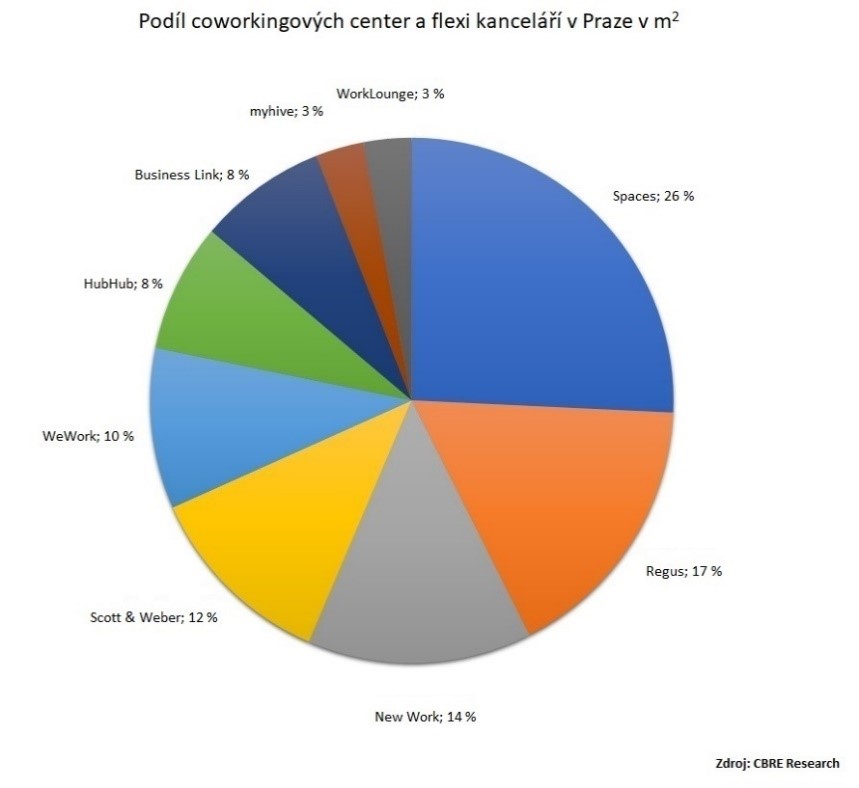 The CBRE Art of Space Awards, a new and unique competition in the Czech Republic in the field of commercial real estate, is starting