A new "neighborhood in the district" has been growing in the former concrete plant in Prague 7 since the beginning of this year, which, in addition to offices, will also offer shops, bistros, cafés, a hotel and other services. The development company Skanska is building a new project Port7 here, under the design of which the architectural firm DAM architects is signed. Completion is scheduled for 2023.

The location of the Holešovice embankment, which is framed on one side by the river and on the other by the train station and the metro station, has been talking about revitalization for several years. Until recently, the area that served as the production of precast concrete has fallen into disrepair. In 2017, it was bought by Skanska, which decided to build one of its largest office development projects in our country.

A team of architects from the DAM office invited architects to design the new district. "Our vision was to use the potential and genius loci that Prague's Holešovice has to offer and to offer people a multifunctional place that will cover all the requirements we have during the day. Therefore, not only a number of offices are planned within the Port7 area, but also shops, schools and space for relaxation and rest in the form of a wellness center and plenty of green areas, "said Jiří Havrda, one of the partners of the DAM architects and author of the design.

He is not worried that there will be no interest in the newly created office space. The developer shares this view. "Holešovice is on a very good path to being as popular as Karlín is today. We can see that the demands of companies already include Prague 7 among the preferred locations, "said Jana Prokopová, Skanska's Commercial Development Leasing Manager.

Security and a link to the history of the place

In addition, the newly created premises reflect the experience with the pandemic and offer suitable solutions. It will be possible to move contactless throughout the complex, with a specific office layout and, last but not least, regular disinfection of surfaces. In the design, the DAM architects office works with the principles of airy modern buildings with facades largely glazed from floor to ceiling. 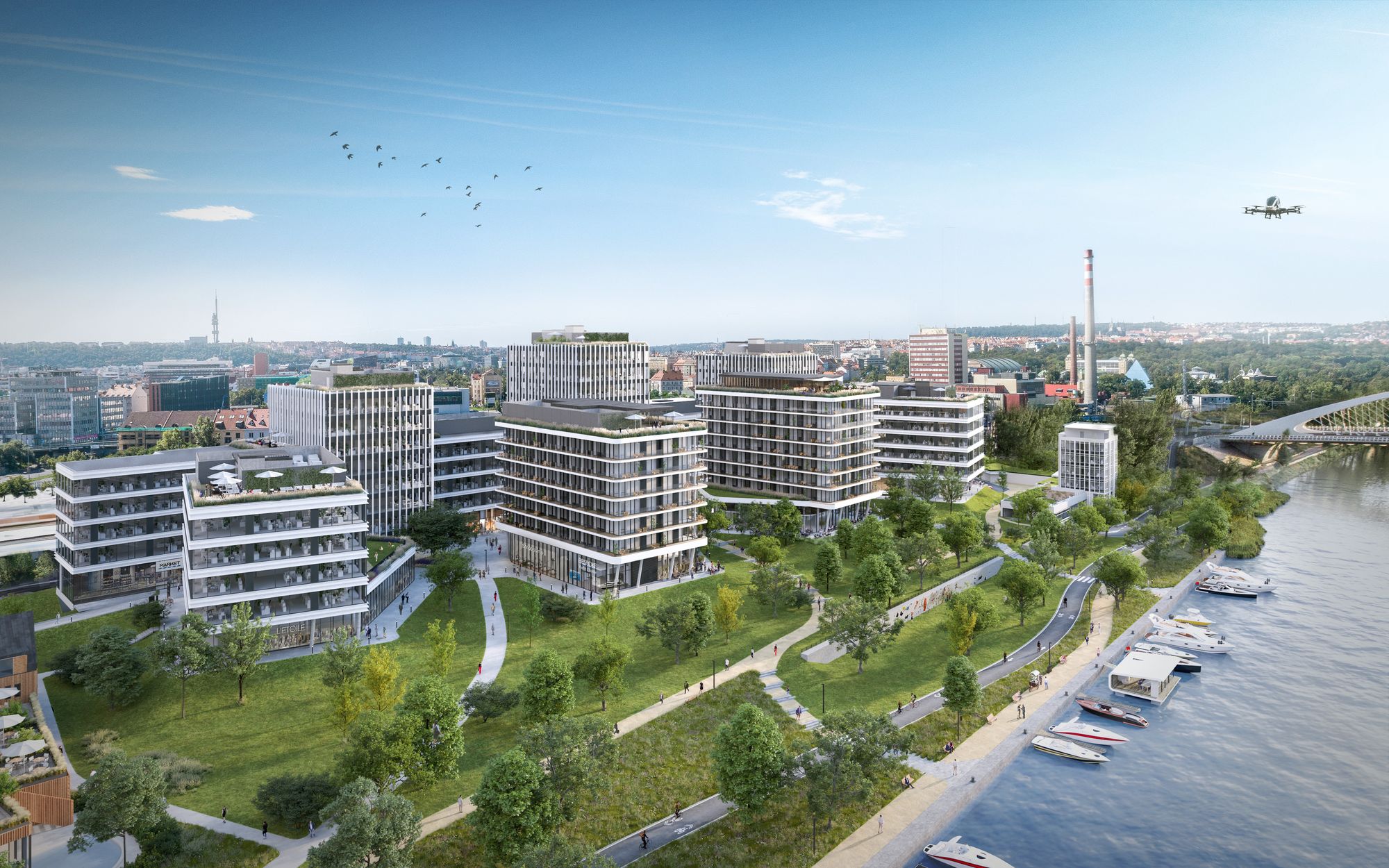 In addition, the team led by Jiří Havrda incorporated elements reminiscent of the history of the place into the design. These are, for example, the railings of the main staircases, which were inspired by the shape of steel trusses from the original halls or the use of corrugated sheets (very common in the original industrial complex) on parts of the facades of new buildings and interiors.

The letters and numbers fonts designating the individual floors, as well as the related parts of the information system of the entire complex, are based on the graphics of the original painted designations of the production hall premises. Industrial containers of shipping, which historically supplied the material to Wolf Prefa from the Vltava, were similarly described. 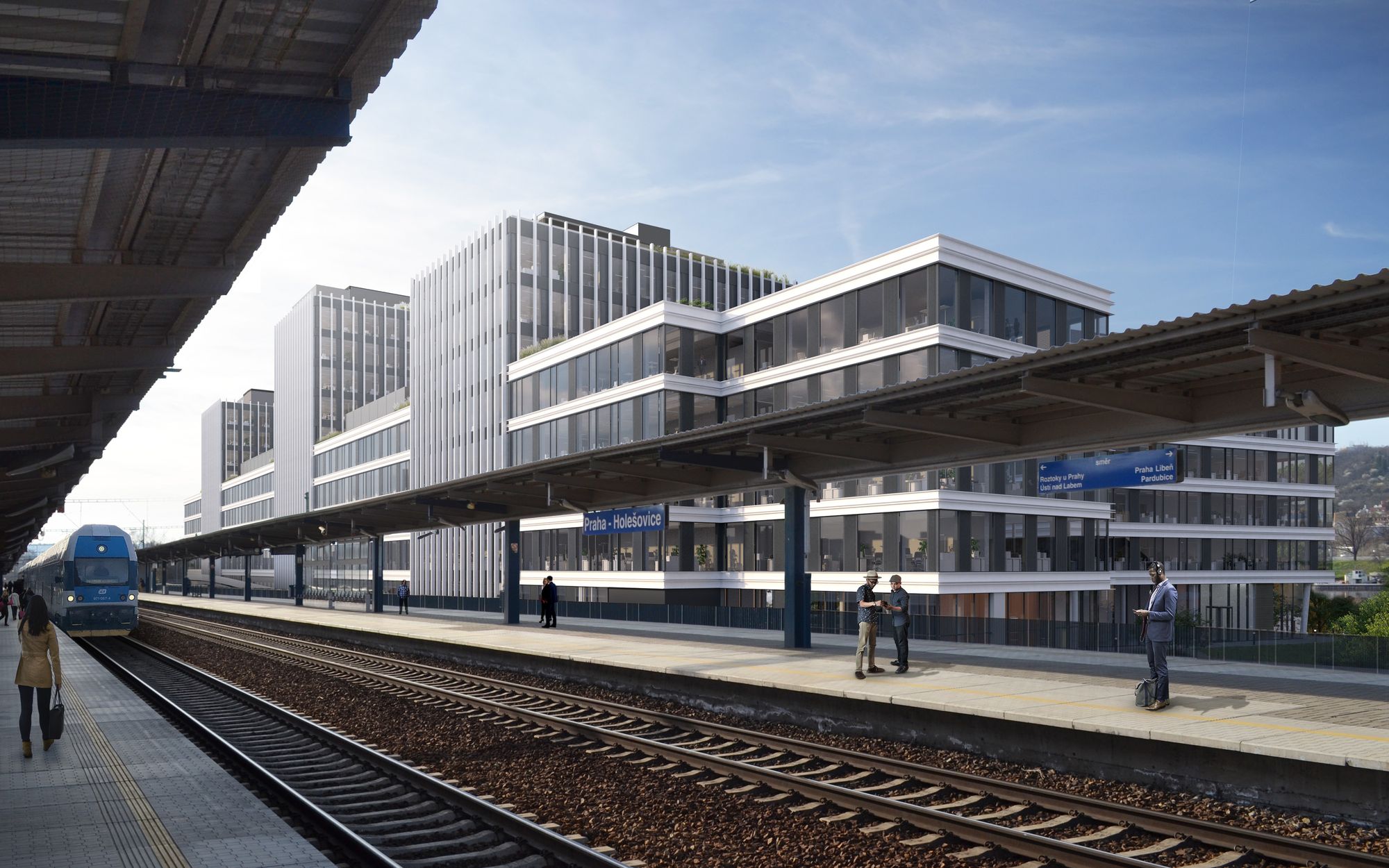 The fusion of present and history will also be visible on the main building, where the motif of the train track will be used, underlining the horizontality of the lower part of the new building, transferred to the facades in the form of horizontal sheet metal elements. These "rails" will be visible especially when viewed from the platforms of Holešovice railway station.

The development of the Port7 project, which by its name refers to the city district, but also to the number of towers that will be built in the new complex, was started by the development company Skanska, a. S., At the beginning of this year. Over the next two years, a total of 35,000 m2 of office and retail space will be created within the complex.