More than a million Czechs work in state administration or state-owned companies. Although the state office market is approximately the same as the market for Prague offices (currently approx. 3.7 million m2), the situation with investments in equipment is diametrically different. The expert jury of the Office of the Year competition spoke about the need for enlightenment among state authorities or companies at last year's meeting, as quality equipment is important for the satisfaction not only of company employees but also of state officials.

The average price for the construction of offices from the standard condition offered by the landlord in the private sphere is around 6 thousand CZK/m2 and it is mainly the separation of offices by partitions, the creation of meeting rooms, kitchens or floor coverings.

In the case of above-standard equipment, such as atypical custom-made furniture, design elements or the use of more luxurious materials, it is necessary to add another 5-10 thousand crowns per m2. It is therefore clear that the state strives to be a good manager and devotes its budgets to personnel costs rather than office equipment. However, this can be bad in the long run in terms of the satisfaction of civil servants.

"The quality of the working environment increases employee satisfaction and also has a positive effect on their work performance. With this idea in mind, we founded the Office of the Year competition five years ago, and last year there were voices at the ceremony that we, as an expert jury, should also raise awareness of the state sector," says Radek Procházka, founder of the prestigious Office of the Year competition and Managing Partner of Prochazka & Partners company. 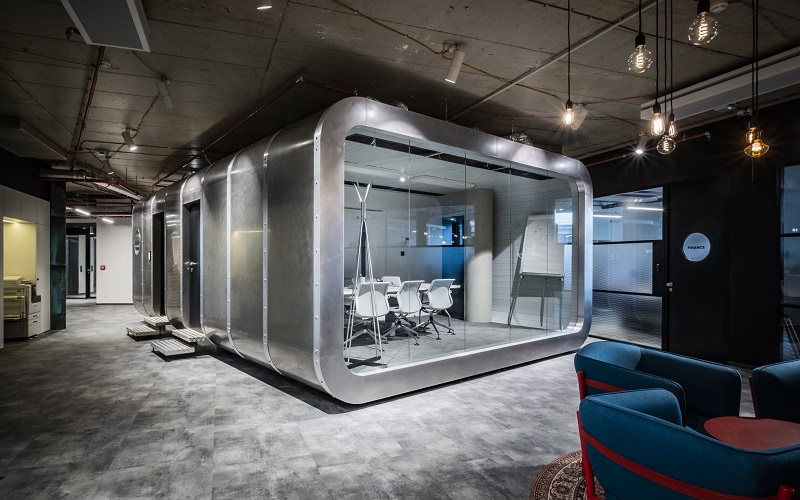 The reasons for enlightenment are obvious. As early as 2002, the World Health Organization (WHO) reported that two-thirds of the population in developed countries suffer from unhealthy building syndrome. Its causes are higher humidity and associated mold formation, especially poor lighting (small windows, placement of buildings close to each other, shading) and noise (eg from traffic - cars, public transport), or poor air conditioning.

Modern, smart buildings have high-quality air filtration within the central distribution, often monitor the volume of CO2 in the room, use automatic shading systems, etc. Sometimes even intelligent into a central database, they "mix" the temperature in the meeting room, which will be comfortable for everyone. 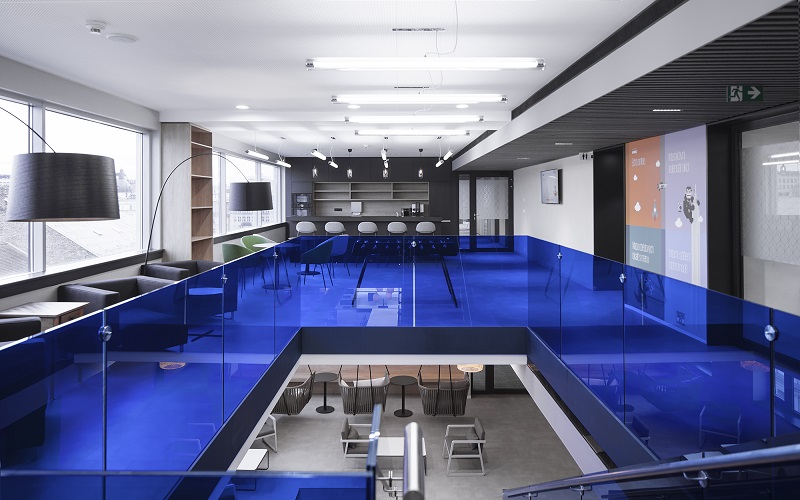 "Quality office architects are therefore trying to design places to reduce stress in the form of rest and relaxation rooms. There, we include frequent fitness centers, massage parlors, saunas and even sleeping rooms. This includes community spaces for informal meetings with colleagues - modern offices have rooms reminiscent of a cafe or bar. Caring for employees - or even their children (nursing rooms, company kindergarten or doctor) is today in the private sphere, where the struggle for talent is the standard, which unfortunately does not reach the state," says Petr Zahálka, judge of the Office of the Year competition and Head of Sales by ProInterier.

About the Office of the Year competition

The Office of the Year competition was established in 2016 and is now in its 5th year. The expert jury evaluates the interiors in terms of uniqueness and design of the premises, innovations (technological, material, practical), the atmosphere of the environment, and especially the quality of the working environment. Across all categories, he appreciates the attractiveness of the work environment and how pleasant the office is to be, which is gaining in importance mainly due to how much of most of our time we spend in the office. The winners will be announced at the final gala evening during the summer in the gardens of the Žofín Palace, to which representatives of all registered companies will be invited.

Technopark changes owners. It was bought by hundreds of millions of top eye surgeons

Komerční banka has introduced a branch of the future