The office market in the Czech Republic is currently doing very well and has great potential for further development. Its excellent condition is shown by several parameters that real estate consulting company Cushman & Wakefield has been monitoring for a long time and whose correct interpretation in relation to current results brings.

These are mainly the very positive values ​​of demand for new premises (occupied area increased by 47 thousand m 2 ), still record low vacancy (only 4.6 percent of space available) and most newly opened buildings in the last five years (17 buildings, of which 11 newly built).

The best indicator of demand, which actually shows the condition of the office market, is net absorption. It is a change in the size of the total occupied area for a certain period. In recent years, the company has been maintaining positive values, which means that there is an interest in both the premises in newly opened buildings and in the space released by companies moving to new offices. Over the last quarter, the total occupied office space increased by almost 47 thousand. m2 and at the same time about 52 thousand. m2 of new office space . The positive trend is long-lasting - the last period when the absorption indicator came to a negative point was the beginning of 2015.

As a result of this situation in the market, the vacancy rate is still very low, at 4.6% at the end of Q2. A year ago this share was at the level of 6.7 percent, and it was also absolutely a larger amount of free space.

Michal Soták, Partner and Head of Investment Team for Central and Eastern Europe, Cushman & Wakefield :  “Low vacancy points to the fact that the construction of new premises has great merit and potential - there is little available office space and interest in it is extremely large, almost immediately are occupied. This is one of the reasons why new construction is still growing. ” 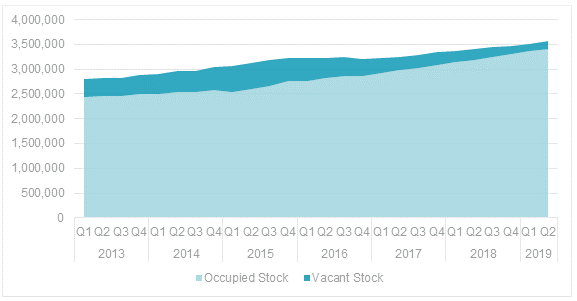 Compared to the last five years, the number of new office projects has also been record-breaking. Overall, the construction or reconstruction of 17 buildings has been and will be completed by the end of the year, in a record 11 cases these are brand new buildings.

Despite such large numbers of newly emerging office space, the interest in them is huge, which is also confirmed by more than 50% occupancy (pre-lease) of all projects under construction with planned completion this year. It can be said that new objects are occupied almost immediately after completion. One example is Rustonka : its third building was only completed last quarter, but the last 250 m 2 is still available , which is less than 2 percent of the total area of ​​more than 38 thousand m 2 . Buildings under construction are also well rented outside the very popular Karlín: less than a year after the opening, the new Visionary projects in Holešovice, City West A1 in Stodůlky or Eurovia in Krč are fully occupied . 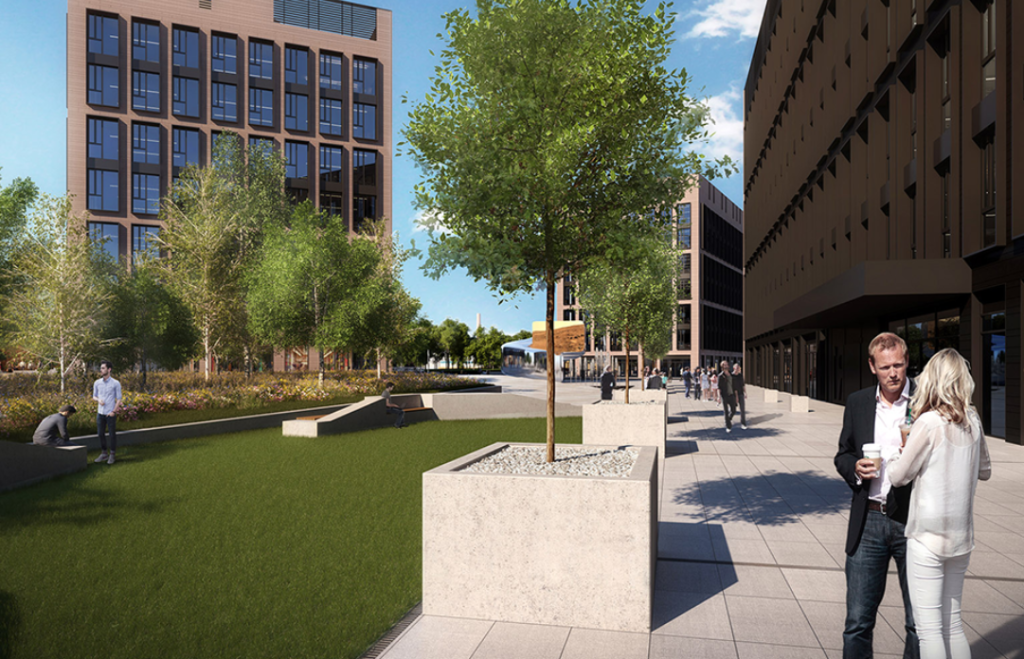 There is nowhere to move, the share of renewed leases is increasing

If companies do not move, it is because there are not many free offices and those in the popular locations of the wider center are more expensive than their existing premises. They have no other choice but to renew the existing lease contracts. In other words: they remain in their original premises because they have nowhere to move. In this situation, the share of renewed contracts, the so-called renegotiations, reached almost 50 percent of realized demand. This favors owners who can therefore increase rent.

Michal Soták, Partner and Head of Investment Team for Central and Eastern Europe, Cushman & Wakefield:  “In the long run, there is no significant decline, but it is true that the activity of companies, ie tenants in the market, has been slightly decreasing recently. In addition to the aforementioned lack of free office space, this is also due to other factors, notably the lack of a skilled workforce and thus a weaker growth in the number of employees. ”

Whatever the situation of companies, there is nothing about demand. This is best illustrated by the aforementioned absorption - the ratio of meters built and those absorbed indicates a persisting excess of demand over supply.

Michal Soták, Partner and Head of Investment Team for Central and Eastern Europe, Cushman & Wakefield:  “Although enough companies remain in place and renegotiate existing contracts, the occupied space is undoubtedly increasing. So the market still offers huge space for developers, owners or investors. ”

Organica's offices will use the smart Sharry software

Czech companies are increasing among innovators on the real estate market

Rents and service fees in Prague offices are rising, but demand is still rising

Passerinvest completed another acquisition in Brumlovka. He becomes the owner of the Gamma building again