Prague will soon acquire new office space in two interesting locations. Since Thursday, August 1, New Work, a provider of fully furnished serviced offices, has opened its work space in the Dynamica building in the Waltrovka complex in Prague - Jinonice. In September, it will offer additional offices in the Rustonka complex in Karlín, Prague.

In  Dynamics , New Work provides a total of 86 offices that can accommodate nearly 300 people . Meeting and conference rooms are also available for rent, regardless of whether or not you are an office tenant. As a rule at New Work, the services offered include Internet connection, multifunction printer, equipped kitchen or parking spaces. In the case of client's wishes New Work is ready to quickly make adjustments to the layout or appearance of offices exactly according to their wishes. Larger companies have the opportunity to acquire all or part of the floor for themselves and have their own separate space equipped and branded entirely in their own design.

“Our approach is based on maximum flexibility and convenience and on the other hand minimal care for the client. Leasing office space is an important decision for the company and a significant part of its cost. We want to save them as much as possible of these concerns and make their decisions and financial planning as easy as possible. With us, the client signs a simple contract that has only 2 pages, knows that the price is final and does not expect any additional costs or worries about the operation. It's like a luxury hotel - you choose it because you expect everything to be included, everything will work, service will be top-notch, and the entire stay will go smoothly without worrying about anything. And with our approach and quality of service, we are transferring the service of a first-class five-star hotel to the office area, ” he says.Zsófia Toropila-Vakula, director of the Czech branch of New Work . 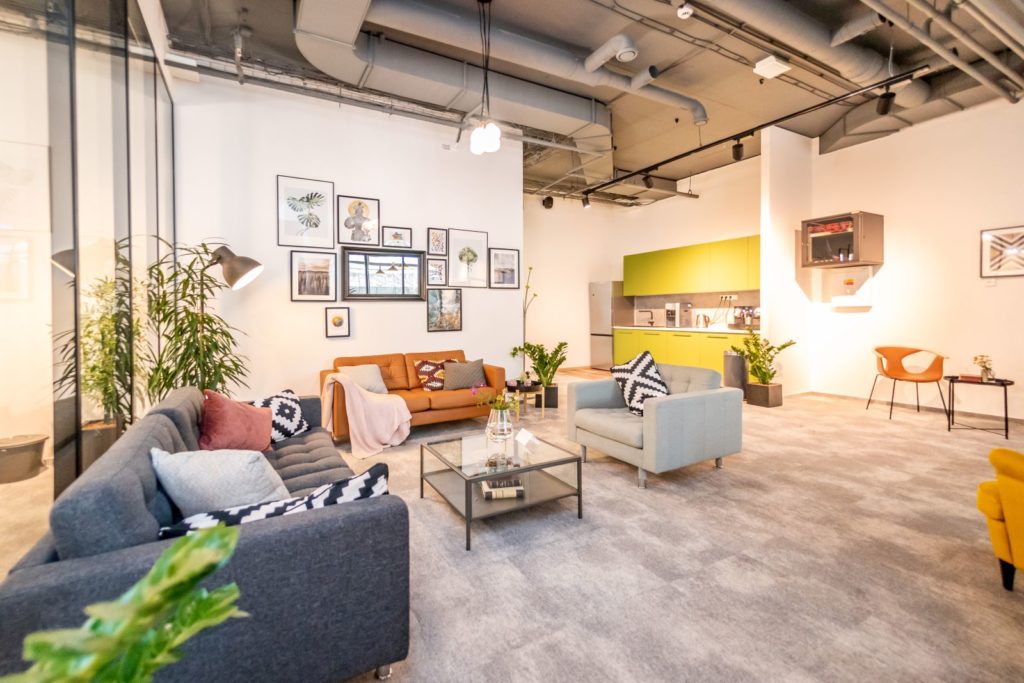 And New Work's expansion on the Czech market will continue. In September, it will add 40 offices , this time in the Rustonka complex in  Prague - Karlín , a district that has experienced an unprecedented boom in recent years, and office space is among the most sought after.

Company New Work founded by German entrepreneur Hubert Abt 2012, when the company opened its first office center in Budapest, Hungary, then it was called New Work Serviced Offices. Since then, it has expanded its operations to 5 countries in the region of Central and Eastern Europe (in addition to Hungary, Poland, the Czech Republic, Romania and Ukraine) and now operates over 20 business centers. New Work is currently the second largest network of serviced offices in the region. It has been operating in the Czech Republic since 2018 when it opened its first office center in the Coral Office Park building in Nové Butovice, Prague.