Among CEE countries, the volume of investment in the first half increased the most in the Czech Republic

In the second quarter of 2019, the flow of commercial property investment recovered in the markets of six countries of the CEE region, reaching a peak of EUR 3.3 billion in the period. As a result of the weaker first quarter, total results for the first six months of last year's first six months of the year lagged by 3%, reaching EUR 5.5 billion. The highest volume of funds was invested in the Czech Republic during the first half of the year, where the volume of investments increased by 83% compared to last year. 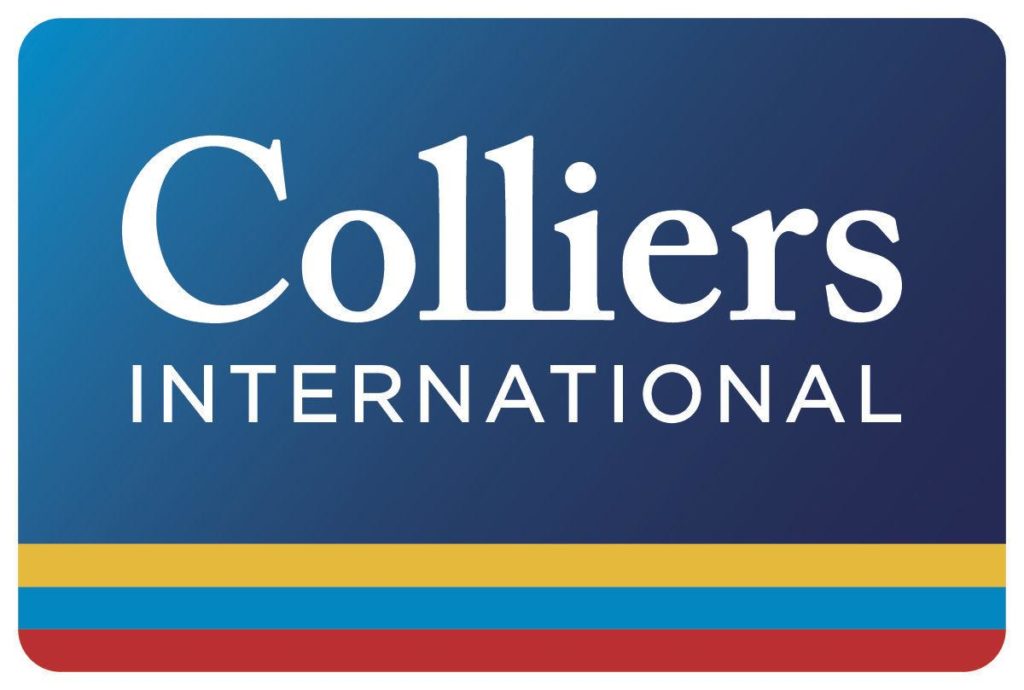 Colliers International has published its Infographics CEE Investment Scene - Driving Factors and Flows in H1 2019 (CEE flows and drivers), which illustrates how investment flows into individual commercial real estate sectors and what the overall market direction is the highest yields, vacancy rates and rents in the capitals of the region, as well as outlooks in these areas.

As far as individual sectors are concerned, office dominance has again confirmed its dominance in CEE, in which it invested 43% more this year than in the previous half. There was also an increase in investment in industrial property (26% ). The inflow of hotel investment (+ 320%) was also strong. All of these sectors are currently supported by substantial but moderating GDP growth.

Retail real estate is a weak area - although the segment has recovered after the first quarter, investments are still 69% below the level of last year's H1 year-on-year. In terms of the origin of investors in H1, Asians outweighed local buyers. The value of both cross-border trade and domestic investment flows was low, especially in Poland . Funds from the United States were net sellers, while UK and European entities were net buyers in the first half of the year. 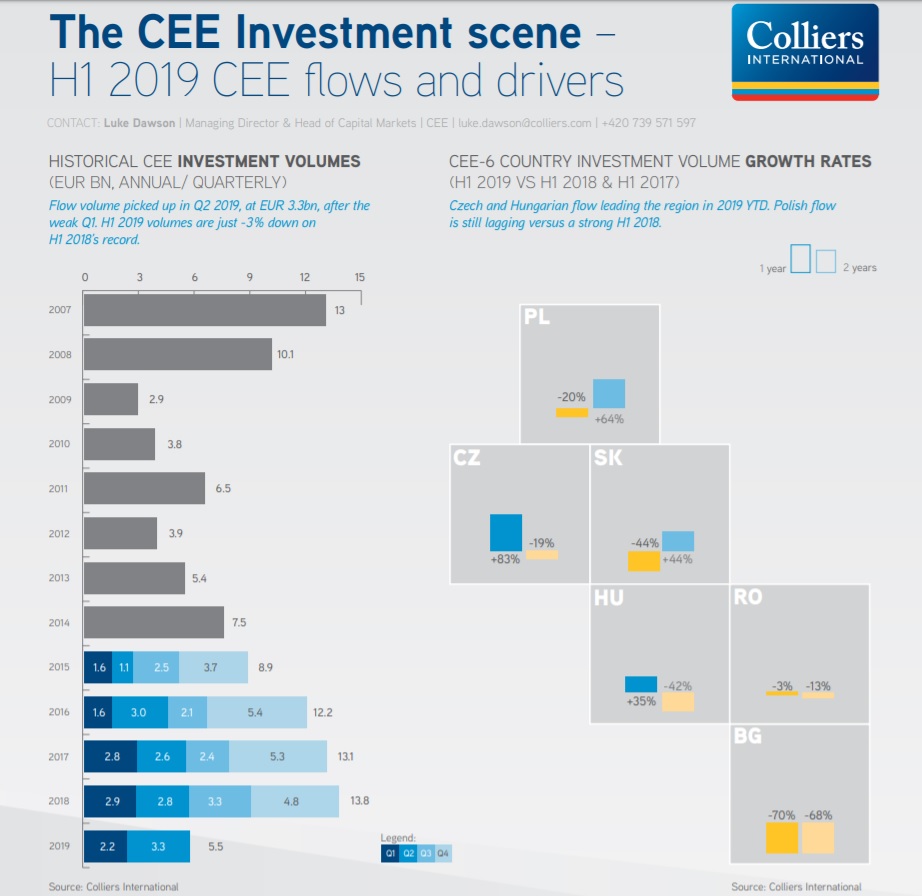 If we look at the vacancy rate, we can expect further compression in Prague, continued moderate compression in Warsaw and reverse compression in the Bratislava office market over the next 12 months. Further decreases are expected in Bucharest. This is generally positive for the evaluation.

“Based on the persisting low vacancy rate, the limited supply and the increase in construction costs, we also anticipate an increase in rents. The current size of the office property market does not allow it to grow in line with the rise in construction prices. Therefore, the overall growth we expect will be approximately 5%, ” says Petr Žalský, partner and director of the office space department at Colliers International Czech Republic.

Colliers regional teams continue to believe that in the next 12 months rents will increase in some categories. This is more likely to happen on the office market in Prague and Budapest, with a decrease in rents in Bucharest and Bratislava.

“The figures for the CEE region seem generally favorable for the first half of the year, moreover - in line with developments over the past two years. This is somewhat in contrast to the slowdown observed in the wider EMEA region, where investment volumes declined by around 17% year on year. First of all, this was due to Brexit and the concerns it raises for investors active in the United Kingdom. Retail real estate is also not doing well - there is not much interest in the sector and every European market shows activity below the 5-year average. This situation with regard to retail real estate has also affected the region of Central and Eastern Europe. In the first half of the year, only a sixth of the volume of retail transactions completed a year earlier was executed. This is despite a relatively healthy customer sentiment accompanied by ever-increasing real wages, ”added Andy Thompson, Head of Colliers International Investment Department for Central and Eastern Europe .